At the office these days there are three Americans (and three Chinese staff and one Canadian staff, and a handful of interns) so we decided to celebrate Thanksgiving by ordering a turkey, and cooking the sides at the office.  The office is in a two story apartment in a mixed use building so there is a small kitchen.  I had Ayi go get LiLi in a hired car--not a black car--- and bring her over after school.  There were a handful of other kids too. 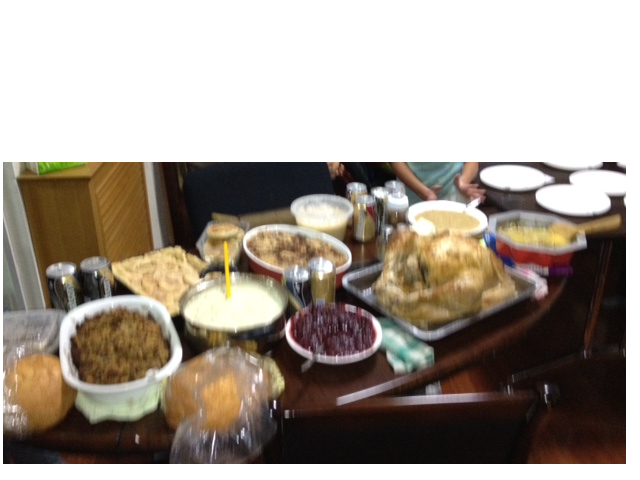 After dinner we went to our friends' apartment for more pie.  They just got their moving shipment and the kids were having a great time opening the boxes.  We have so much to be thankful for in this life.  Sometimes you really feel it.  A friend who is a mom at our old San Francisco MI school, and who is often on the same wavelength,  sent this along for Thanksgiving Day.

Like I said:  So much to be thankful for.