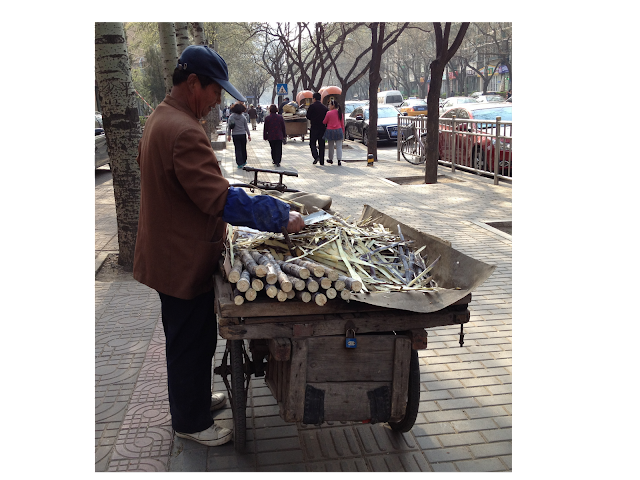 When we were kids I can remember my folks buying sugar cane like this on the streets of Hong Kong.  It's such a kid treat.  Chew it and suck out the sugarwater, spitting out the pulp.  Like a giant chewable lollipop.  The kids had coconuts from earlier at the park and wanted the sugarcane man to chop open the coconuts so they could eat the flesh.  He didn't want to risk his blade though so they continued to carry those coconuts around until we got home and asked the apartment security guard who also declined.

A bit farther on the same street we ran into a horse drawn produce cart.  That gorgeous old horse needed a good hosing down, all mud-matted.  Who wouldn't be crotchety when born into that karma. 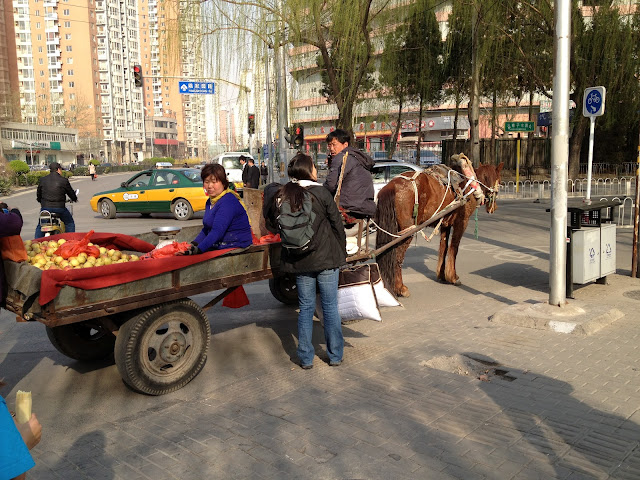 Back at the market I saw these spinning crepe-pancake- like things called Jianbing being made.  The man pours very thin batter on the rapidly spinning circular griddle and uses a wooden hoe-like tool to fold it and spread it, fold it and spread it.  When it is finally cooked through and thinned one last time, he cracks and egg over it, puts it on the counter and adds green onion and sauce.   Some sellers do the same thing by hand on their street vendor carts without the spinning hot flat.  Pretty impressive and yummy too. 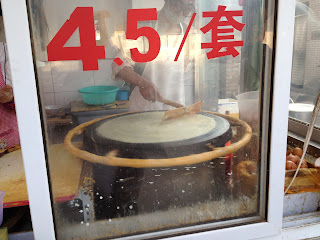 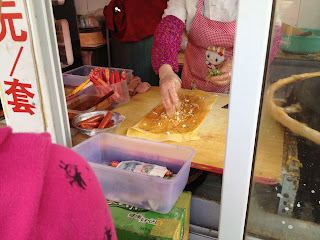 Our local shopping area includes a mini-version of the Silk market with several one story buildings of interior stalls each with individual merchants.  One building has mostly clothing, another is "small things" that include clocks and dishes and mops.  Another: fish.  Another:  meat.  Still another:  produce and tofu.  All the buildings are together on the interior of a city block, behind the commercial and residential buildings at streetside.  You have to know they are there or follow someone walking determinedly up an alley.  Or get curious by someone else walking from behind the buildings carrying bags of long green vegetables. 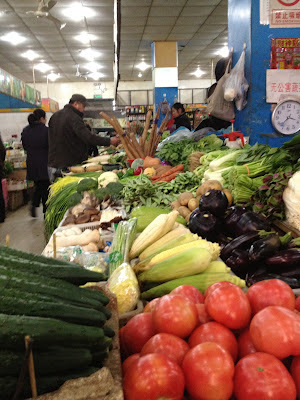 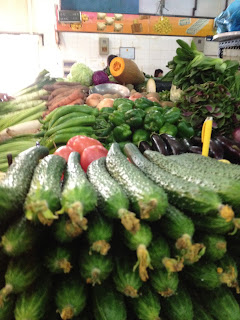 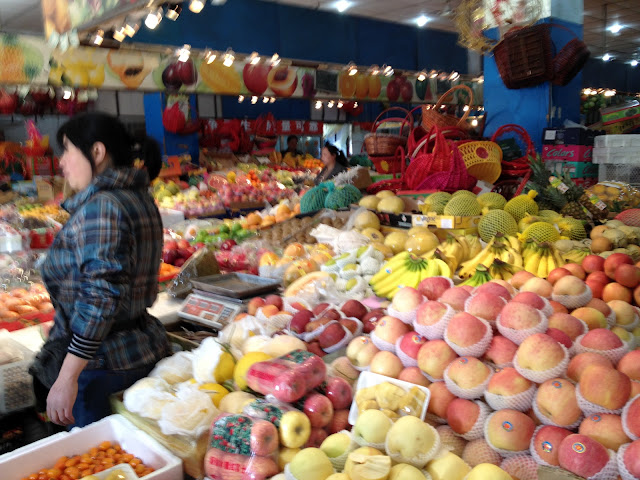 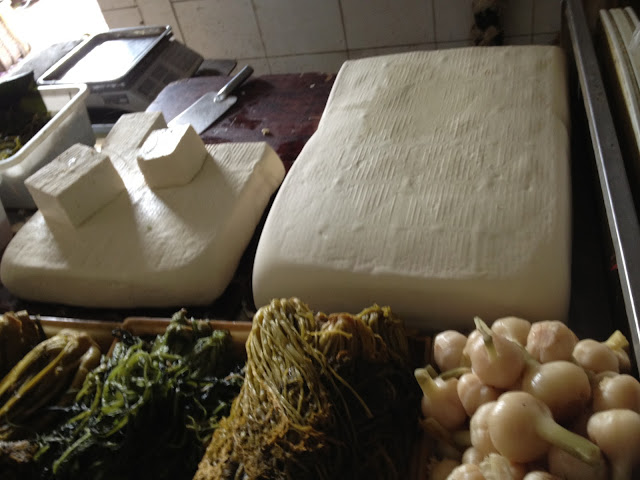 Huge slabs of tofu and pickled veges.  Stinky tofu too. 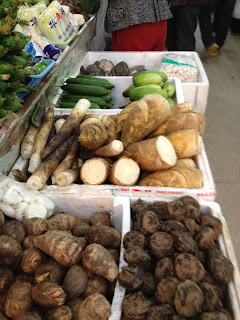 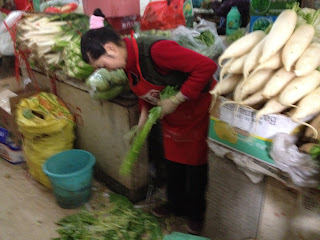 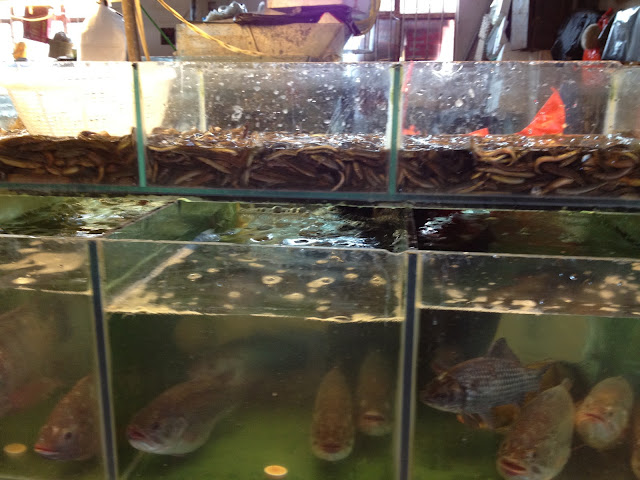 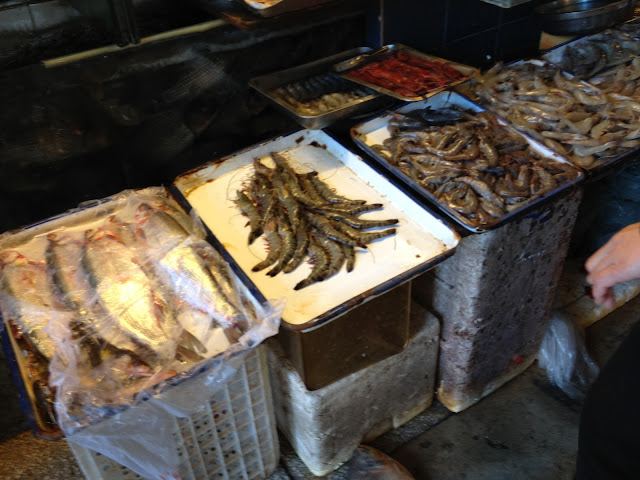 This Monday through Wednesday were the Qingming Festival days with Wednesday being the actual tomb-sweeping day.  Millions of folks traveled to their parents and grandparents grave sites to clear weeds and honor their dead.  It is an ancient holiday that has once again become officially recognized.  Offices and schools are closed, though some people work the Saturday and Sunday before to earn the days off.  Our Ayi took off Sat-Wed to visit her parents and in-laws tombs in nearby towns.

I thought how I'd love that ritual:  to travel to my father's gravesite, sit and feel the stillness there imagining I communicated with him.  I wonder how he'd feel that I am living in China.  I wonder if he would sense how profoundly different it is than when he lived his childhood here.  So so different and yet so the same.

Since my family's dead are buried in countries other than China, we spent the day in Cuandixia, a preserved ancient town a couple of hours West of Beijing.  While obviously staged to accept many many tourists, it was actually fairly quiet on Wednesday.  The homes perched up the terraced hillside seem largely intact with old entryways, stacked stone walls and open courtyards.  The first of a series of MI families from home is visiting and the six of us enjoyed exploring the open homes many of which have been converted to cafes and guest houses.

Even with three restless kids in tow the ancient village is peaceful.  One can feel the hundreds of years worn by these homes, sense the work of hewn timber, feel the hands that laid the stone.  What will each of us leave behind once we are the ones dead and buried?  Are our hands calloused with real physical work?  Will the fruits of our labor stand decade after decade, century after century?  Would the family who raised that beam on their proud front doorway know that 600 years later three nine year old girls would stand goofy and teasing, sneaking bunny ears on each other, posing for an Iphone photo? 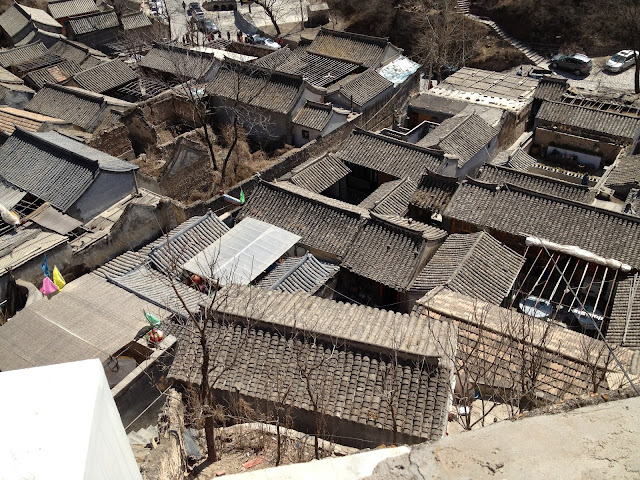 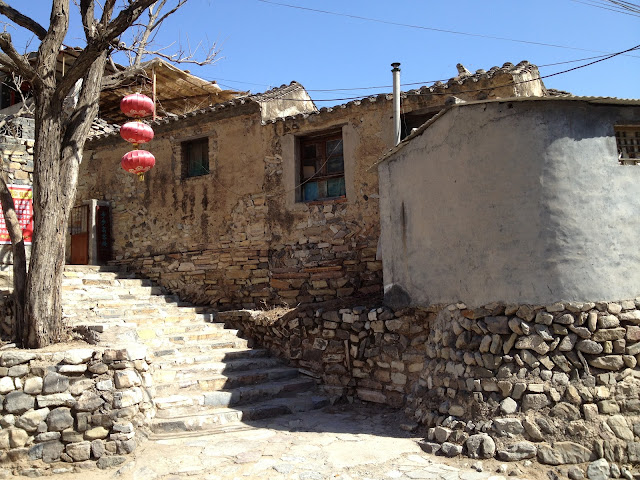 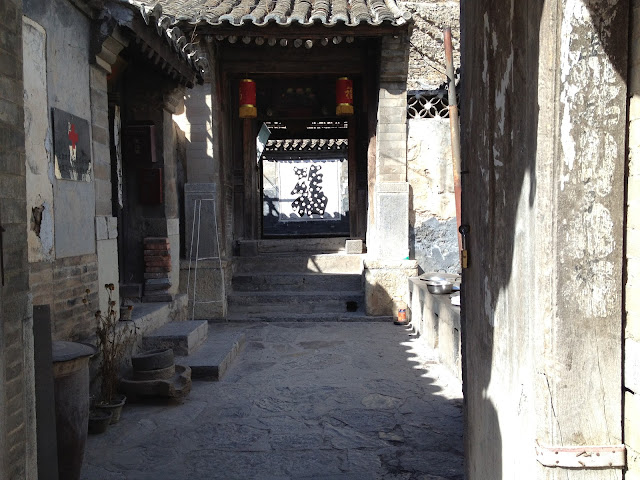 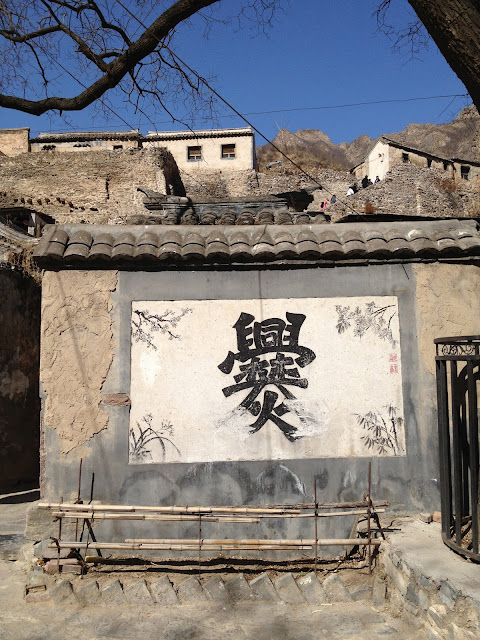 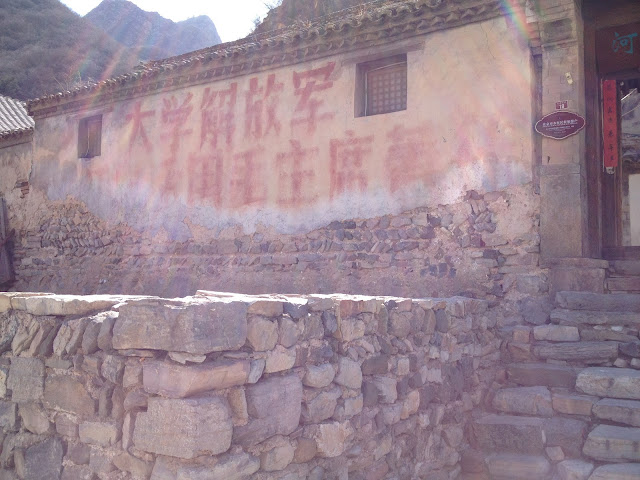